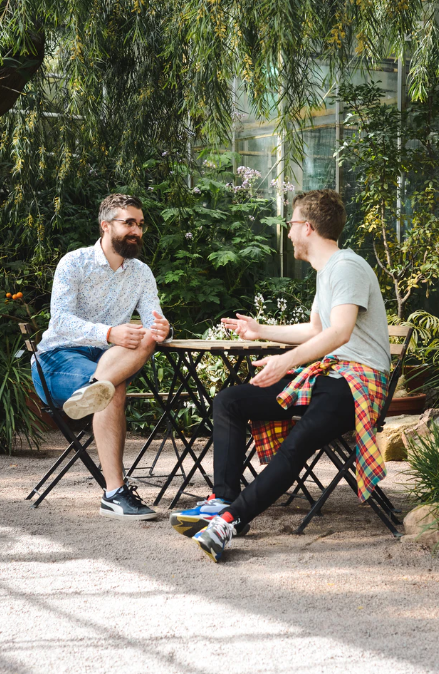 But how often do we feel the need to jump into giving advice and solutions when someone comes to us for support? How often has someone else done this when all we've wanted is to be listened to?

It may sound easy, but just listening is something we regularly forget to do, and yet this can often be the most valuable way we can provide support for someone. Many problems and challenges can't be solved quickly or from one conversation, it's just about finding ways to get through the tough times. Having someone just sit and listen in these times can help make things feel a little lighter.

So how do we listen actively and mindfully? This is something that does take practice– but it's also something we can practice every day. A big part of listening effectively involves putting our own judgements aside and taking everything that's said with an open mind. Think about it as listening with curiosity and the intent of understanding rather than giving advice or having an answer. A good guide for doing this and demonstrating that we're actively listening is the three R's: Repeat, reflect and respond.

This may seem like a lot to take in – and actively listening is something that may feel tricky when we're not used to doing it. But realistically the most important thing is to just be genuinely interested in hearing what the other person has to say and holding the time and space to let them voice and explore what they've been experiencing.