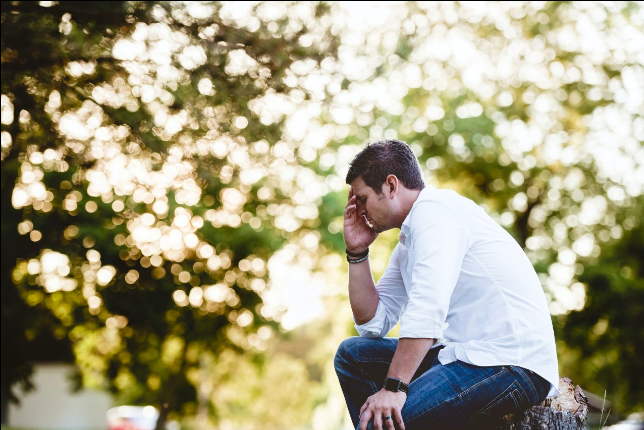 This week is so important because the health status of males is typically poorer than that of females – and this goes for physical and mental health. Today I want to specifically focus on men's mental health. Did you know that men are less likely than women to actively engage with mental health services, even though the rate of mental health disorders is very similar? Men are also twice more likely to use destructive coping strategies such as drugs and alcohol. Even more concerning, men are three times more likely to die by suicide then women.

These are scary statistics, but it's really important that we talk about them. More specifically, it's important to ask; why is there such a stark difference?

The answer is not a simple one – with a range of psychological, physical and environmental factors potentially contributing to the problem. However, it is thought that one of the main factors that contribute to these worrying statistics is the way in which men deal with stressors and worries. Typically men are much more reluctant to talk about their concerns – due to fears of it being perceived as a sign of weakness. Between the stigma that exists surrounding mental illness and the pressure for (more often) men to always be strong, a lot of men struggle to reach out when they may need help.

In light of this, I wanted to debunk some myths that may be influencing how men are dealing with mental health issues.

I cannot emphasize enough, mental illness is not in any way mental weakness. Just like physical illness, mental illness can affect anyone and can so often be outside of our control. It can occur due to a variety of factors such as; abnormal brain chemistry, substance abuse or response to stressful/traumatic events or abusive situations. More simply, things that are in no way reflective of personal weakness, or the fault of the person experiencing the mental illness.

There's no doubt that being vulnerable and open with others is really hard, so if anything, asking for help is a show of courage and strength. Whether it's talking to a professional or a loved one – men and women alike can benefit from reaching out when they feel they need to.

Myth 3: Talking about it won't help

Sometimes having an outside voice can really help bring another perspective to the situation. While talking about it won't necessarily 'fix' or 'solve' what's going on, it can often help you make sense of your experience, as well as leave you feeling more supported and less alone.

Myth 4: Asking for help will burden others

Asking for help does not make you a burden, people want to support the ones they love. Everyone goes through times in their lives where they really need the support of others. Being open to asking for this support will in turn encourage those around you to reach out when they need it. Don't think of it as dumping your problems on others, but rather as fostering open and honest relationships where there is space for both you and others to ask for support when it's needed.

These are just a few of the myths that may make it difficult for men to reach out for support. The truth is, there are still some deeply ingrained and problematic attitudes surrounding men's mental health which won't go away overnight. But that doesn't mean there's nothing we can do. Acknowledge that these attitudes exist, be aware of how your own beliefs might be influenced by them and don't be afraid to call out problematic comments. As well as this, whether you're male, female or don't identify as either, don't forget to check-in on your friends and provide them with a safe space to share their experiences.